As Higherlife Foundation celebrates 20 years of impacting lives we look back at some of the big milestones we were involved in over the past 20 years. At the height of a cholera outbreak that was besieging Zimbabwe in 2008, Higherlife Foundation, through, the then, National Healthcare Trust Zimbabwe, responded to the crisis which was taking lives in Zimbabwe. According to the World Health Organisation (WHO) -2009, the outbreak recorded 98 333 cases and 4284 deaths. The major causes of the outbreak had been general decline in the health delivery system, access to clean portable water, effective and efficient sanitation and waste management solutions. This was, no doubt, the worst outbreak in Zimbabwean History.

The efficiency and effectiveness of the Trust’s response to that major outbreak, which left an indelible foot print, backed by almost 1 million dollars towards the response, has since branded Higherlife Foundation as a force to reckon with and a preferred partner in outbreak response. To date several outbreaks have been recorded in Zimbabwe and Higherlife Foundation has risen to the occasion.

With the memories of cholera still fresh, an alert was raised by the City Health Department of Harare of a looming threat of the same type as the cholera outbreak in the Eastern parts of Harare. As the partner of choice in the health sector, Higherlife Foundation in collaboration with the WASH Cluster and the Ministry of Health and Child Welfare, produced more than 5 000 pamphlets to raise awareness, which were distributed to the households in Mabvuku. 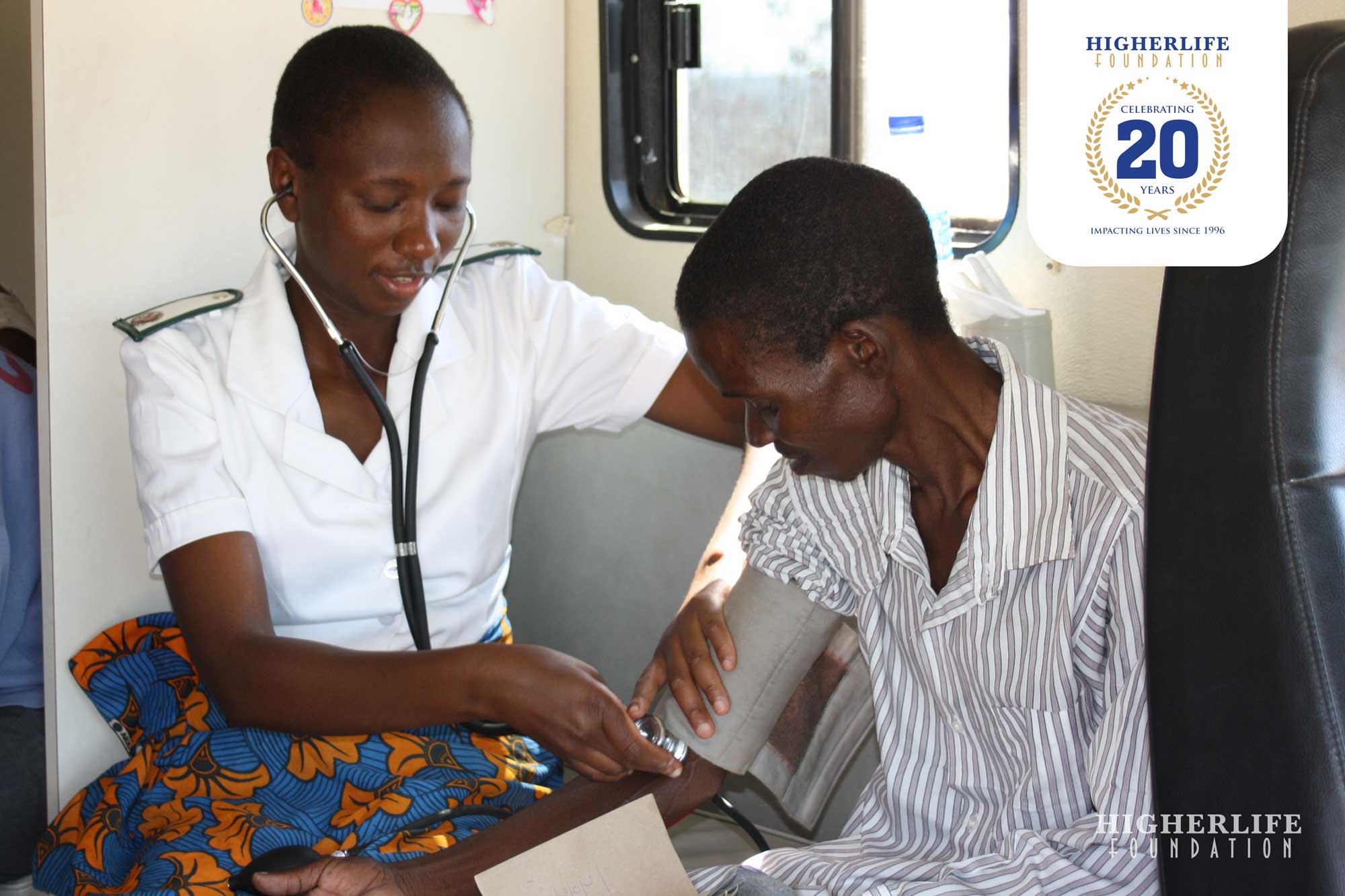 The cholera outbreak experienced during the period of 2008 and 2009 and subsequent pandemics that followed, namely, the measles outbreak, the influenza A H1N1 in 2010 and the Typhoid outbreak of 2011 all revealed the glaring need to establish a well-defined coordination and response structure within the Ministry of Health and Child Welfare (MoHCW). This function had previously been accommodated within the World Health Organisation. Higherlife Foundation financially supported the establishment of the Emergency Operations Centre (EOC) to help build the capacity of the Ministry of Health and Child Welfare to assume the leadership role in surveillance and response thereof.

An Emergency Operations Centre was activated which helped focus on coordination, planning, organizing, acquiring and allocating resources and providing direction and control on responses to emergencies. This is now known as the Ministry of Health Command, Coordination and Control Center, for all health disaster/emergencies. It takes full responsibility for liaison with the relevant central and local government units, the United Nations agents and partners involved in surveillance and response to public health emergencies.

As we celebrate 20 years of impacting lives we look back at our work and renew our commitment to investing in Africa’s future. As the foundation focus on education and plans to impact 2 million scholars by 200 the health of our beneficiaries remains of paramount importance and will be delivered through the organisations Pastoral Care and Guardianship arm.

Africa’s Female Philanthropist Are Emerging From the Sidelines June 20, 2016