On the 20th of May 2019, Higherlife Foundation Co-Founder and Econet Wireless Group Chairman, Strive Masiyiwa was presented with an honorary doctorate of Humane Letters at the Yale Commencement ceremony in New Haven, Connecticut.

Since the commencement of 1702, the Yale Corporation has awarded honorary degrees to individuals for their outstanding achievement and contributions to society. Previous honourees include Martin Luther King, Jr. , Frank Lloyd Wright, Hilary Clinton, Benjamin Franklin and Wangari Maathai to name just a few.

A man who needs no introduction, Mr Masiyiwa is one of Africa’s leading shapers and seasoned leaders. Under his visionary leadership and fortitude, the Econet Group has embraced change, seized opportunities, and set an enduring example of success in Africa and the world. Named among the world’s top 50 greatest leaders by Fortune Magazine in 2014 and 2017 as well as one of Africa’s “10 Most Powerful Men in Africa by Forbes, Mr Masiyiwa is undoubtedly one of the world’s greatest leaders. 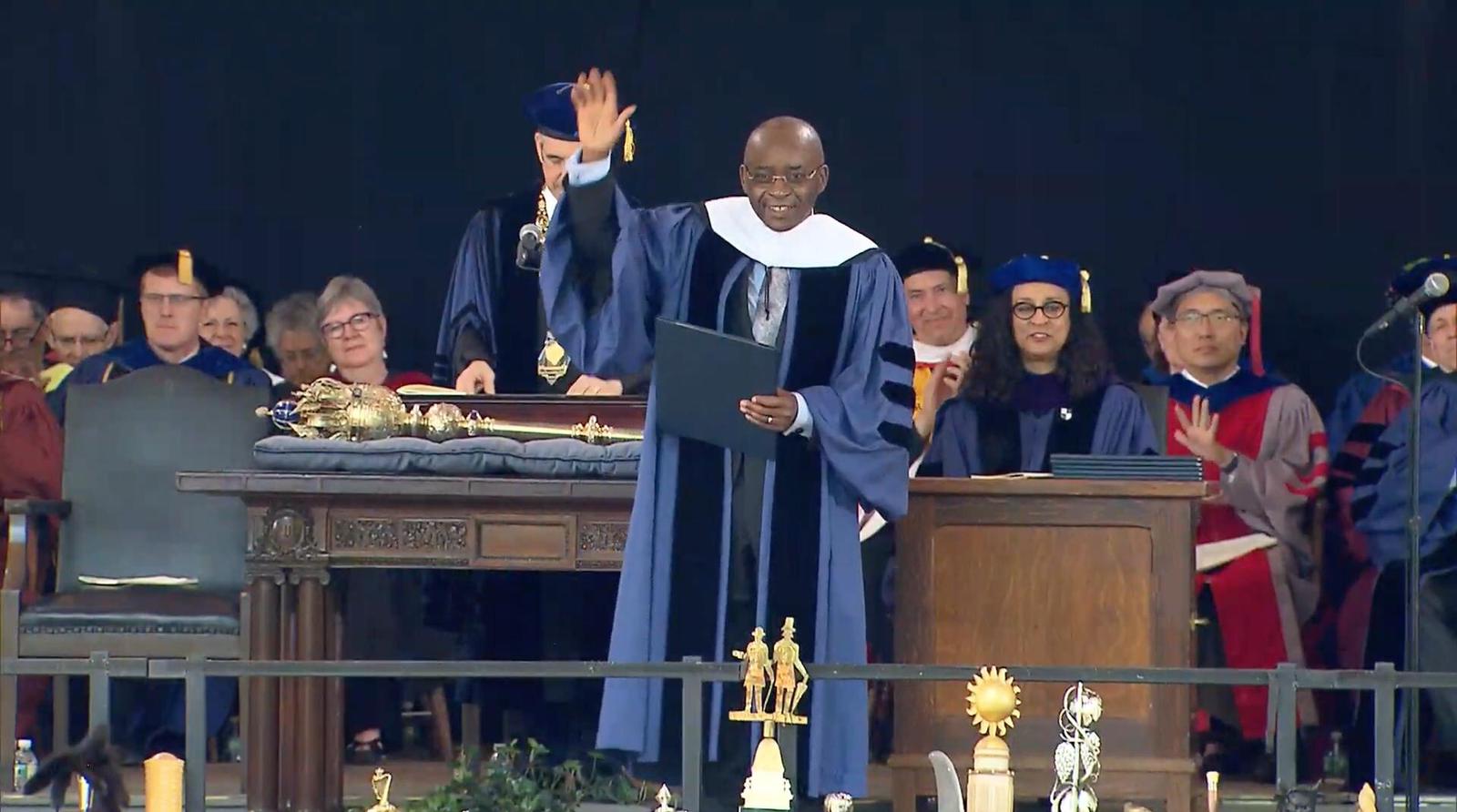 Speaking at the ceremony about Mr Masiyiwa President Peter Salovey had this to say about the leader, “Strive Masiyiwa you see opportunities others miss. Demonstrate courage of your convictions at every turn. Great Visionary. Bold Business leader. Devout Philanthropist. Your innovation and generosity has transformed a continent and improved countless lives.”

Together with his wife they started Higherlife Foundation a non-profit organisation on a mission to invest in Africa’s people – our human capital – to drive Africa’s prosperity. Since 1996 the Foundation has supported over 250,000 African orphans by providing them with scholarships, access to quality education and lifelong development. The Foundation’s portfolio has since expanded to include impact investments in leadership development, gender equality, healthcare and sanitation, education, job creation and entrepreneurship, and rural transformation

Throughout his work Mr Masiyiwa’s passion for putting Africa on the map remains steadfast. He is a member of the SMART Africa board, where he contributes to digital transformation strategy throughout the African continent. He also serves on the boards of Unilever and the National Geographic Society; chairs the board of AGRA, the Alliance for a Green Revolution in Africa; and sits on the global advisory councils of Stanford University and the U.S. Council on Foreign Relations. Mr Masiyiwa  has also served on two United Nations commissions: the International Commission on Financing Global Education Opportunity and Sustainable Energy for All.

The prolific philanthropist and business man is also truly committed to driving innovation and the spirit of entrepreneurism in today’s young people. Through his Facebook Page  that is followed by nearly 4 million young people across Africa—the most engaged following of any business leader in the world – Mr Masiyiwa mentors young entrepreneurs across the continent of Africa. Through his entrepreneur town hall series Mr Masiyiwa shares tips on the art of Afropreneurship and continues to inspire young Africans to go for their dreams and move the continent with their ideas and innovations.“Amidst storms, try to stay focused on your dream. Dig deep, see far, soar high,”stated Mr Masiyiwa.

Thank you Mr Masiyiwa for your leadership and contributions to the communities across Africa and the world.

Congratulations on this exciting honor!

Where are they now: Yvet Turugari – A Higherlife Foundation Success Story May 17, 2019

Where Are They Now: Obey Justice Chiguta: A Higherlife Foundation Success Story May 29, 2019