Voices from Idai: Chimanimani people’s encounter with death and destruction

Voices from Idai: Chimanimani people’s encounter with death and destruction

Imagine being washed away by floods with your baby on your back, getting tossed against rocks in the dark, all while trying to protect your baby from being submerged by the engulfing waters: only to have your little one violently whisked away from your back into the darkness of the night.

This is the heart-wrenching account of a mother of three who we met in Kopa, a village in Rusitu Valley that was one of the hardest hit villages in Chimanimani, Zimbabwe. Like many mothers in the wake of Cyclone Idai, she is having to bear the heartbreak of watching decomposing bodies being retrieved from the ground every day, wondering if one of them could be her child.

“As I was opening the door, ferocious storm waters swept me away, and I was tossed against rocks. It was dark; I could hardly see anything, I could hear screams all around me, but all I wanted to do was protect my baby who was on my back from drowning. Unfortunately, she was torn away from me into the darkness of the night. I tried grasping her foot, her hand…any part of her that I could but the waters swept her away,”she stated.

This woman’s ordeal is a familiar one to the around 77 households in Kopa village whose entire lives and livelihoods were shattered when Cyclone Idai tore through Chimanimani along the Eastern Highlands of Zimbabwe. 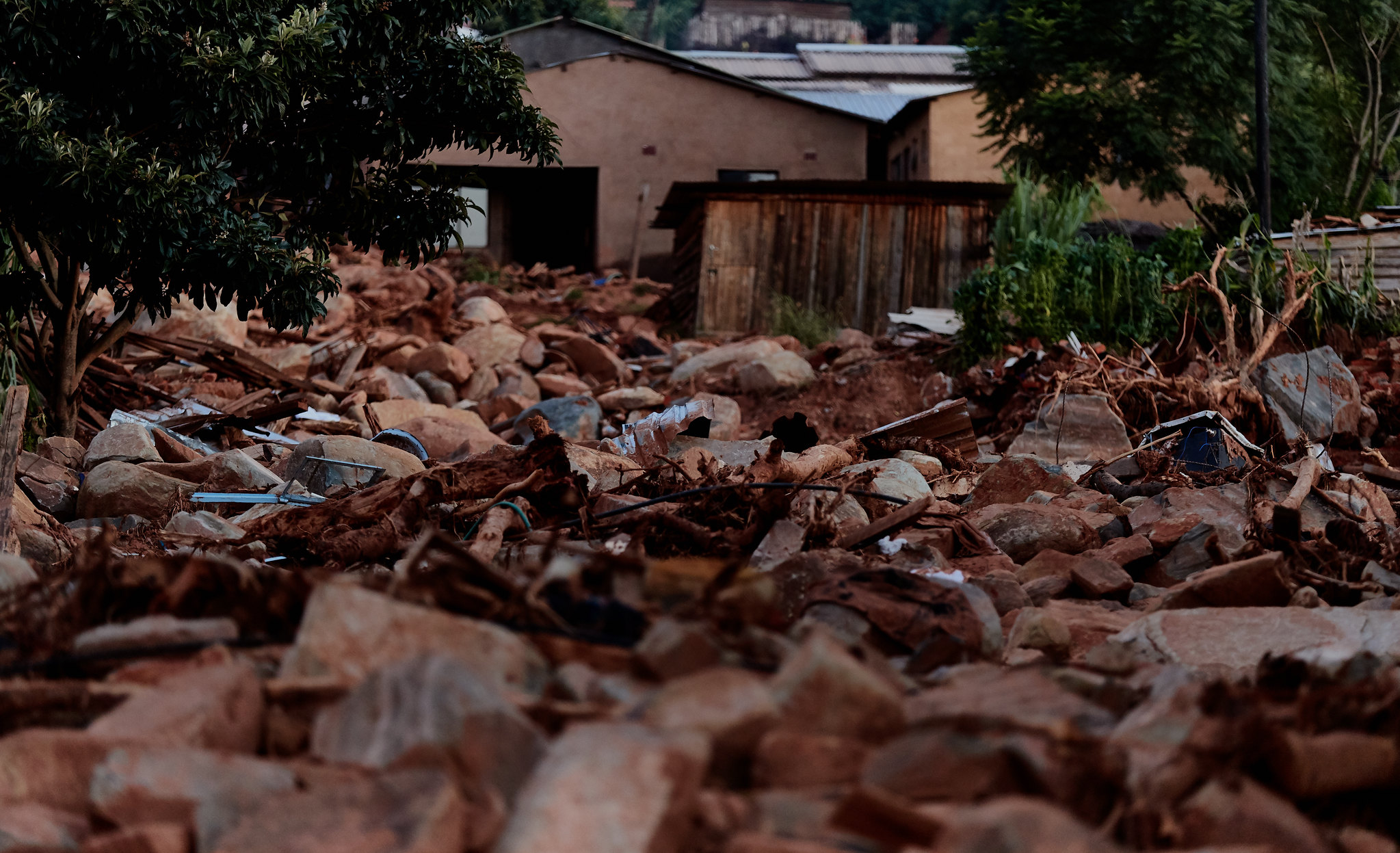 Described as the worst natural disaster to strike Southern Africa in the past two decades, Cyclone Idai has left a trail of indescribable destruction killing more than 760 people across Zimbabwe, Malawi and Mozambique. Hundreds of thousands of people have had their lives uprooted by the storm and are facing critical hardship.

In neighbouring Mozambique, thousands of people were trapped for more than a week in submerged villages without access to clean water and are now facing an outbreak of cholera after the storm smashed into the Mozambican port city of Beira. In nearby Malawi, which was also gravely hit by the catastrophic flooding and heavy rains, the damage to the country’s staple grain is a cause for great concern.

In Zimbabwe, more than 500 people are still missing in Rusitu Valley in Chimanimani, and the entire region is reeling from the damage inflicted by Cyclone Idai.  People are trying to salvage what they can to survive.

Since the Cyclone hit the region two weeks, ago Higherlife Foundation, Econet Wireless and the rest of the Group have been on the front-lines, mobilizing a range of support including medical emergency aid, food, water, and blankets. Additionally, EcoSure, the group’s funeral insurance company, has been providing free assistance with funeral services such as coffins, transport and food to each bereaved family with no cover. 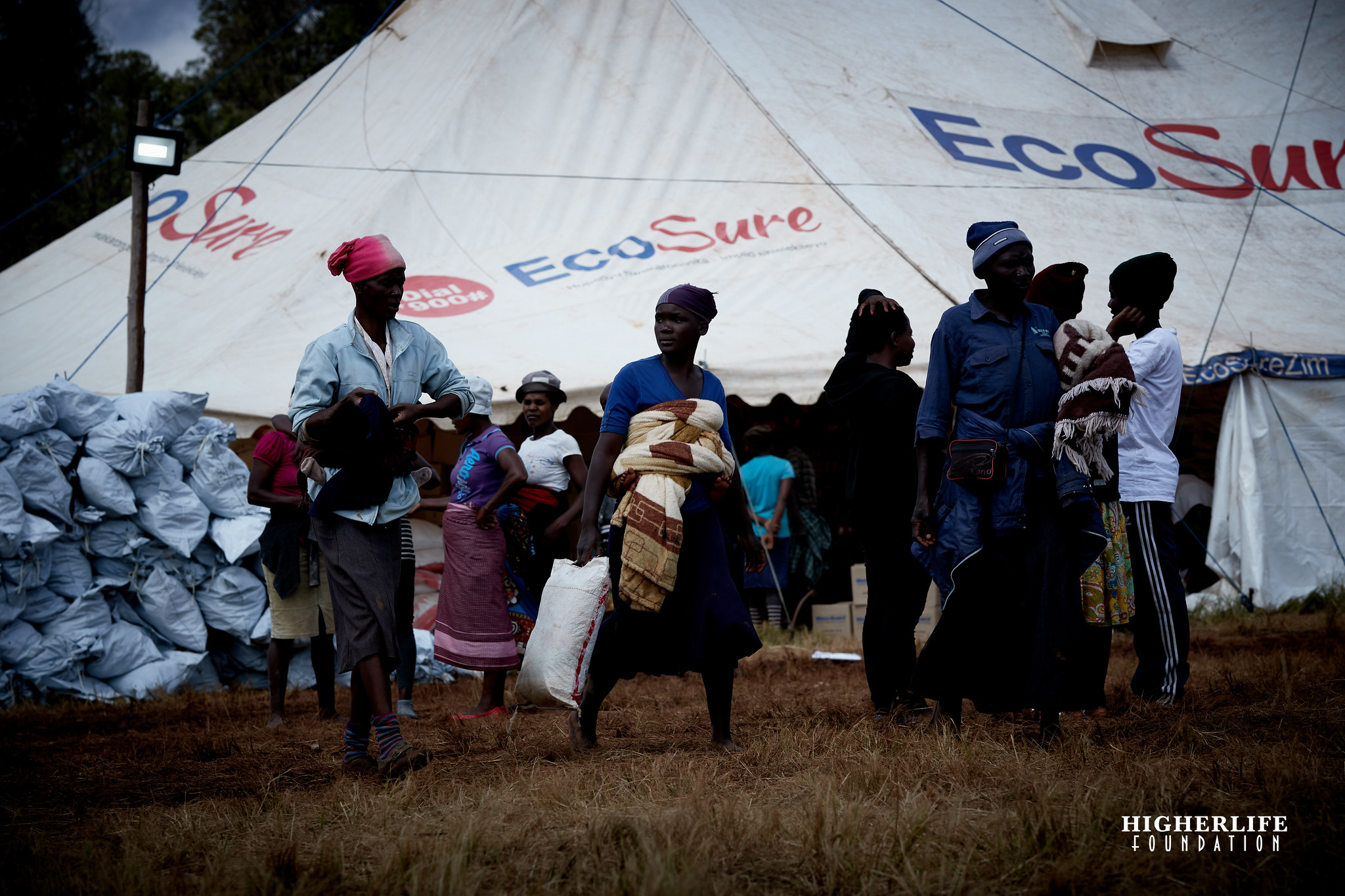 Recognizing that a long-term response to Idai will require significant financial commitment, we have also engaged the diaspora for their support. In partnership with Higherlife Foundation and Delta Philanthropies, a group of young Africans recently launched the Pledge Idai campaign, which seeks to raise $200,000 in 45 days to recover, restore, and rebuild in all three affected countries – Mozambique, Zimbabwe, and Malawi. Through the campaign, we are asking young people across the diaspora to join hands with us in reclaiming people’s right to health, dignity and sustained livelihood.

On the ground in the wake of Cyclone Idai: A Q&A with Lovemore Nyatsine April 8, 2019